We are a professional team of mountain guides
Rate this page

Canyoning is a great adventure to be in touch with nature and take yourself to the limit at the same time, have an unforgettable vacation. Live and share unique experiences in the main Canyoning in Granada, Rio Verde, Trevelez, and Lenteji.

Rio Verde is one of the best canyoning trip you can do in Andalusia. Its turquoise waters and its dynamic route with its numerous jumps are its best attractions. This version that we offer from Rio Verde is adapted for all of public with a minimum of 9 years old.

We offer you a unique experience in Rio Verde Integral Canyon. We are one of the few profesional company who offer the all sections of Rio Verde Canyon and is spectacular upper section, where you can found the most beautiful jumps, sliding and rappel under big water fall.

Considered one of the most beautiful open canyons of crystalline water of Andalucía, the Rio Verde canyon is situated in the Sierra of Almijara, 20 km from Almuñecar and only 50 mins by car from Malaga.

The most incredible ravine, for the most adventurous – Rio Verde X-Pro

Trevelez is a really impressive canyoning, unique in Andalusia and located in the Alpujara Granada, on the southern slopes of the Sierra Nevada. It is unique for many reasons, but highlights that it is a narrow canyon of high vertical walls of slate with a lot of iron content who gives it the appearance of a golden cathedral. Its waters are also of intense earthy colour due to this high ferrous content of the slate.

It is possible to do this special canyoning trip in September, which is when the thawing season of the Sierra Nevada normally ends.

The Lentegí canyoning trip is an experience located near its sister Rio Verde, above the city of Almuñecar in Granada. This is a canyon with a big technical component due that there is about 20 rapels (the highest located in a spectacular waterfall of 27 meters). This canyon trip takes about 7-8 hours to be accomplish.

Although it does not equal Rio Verde in its aquatic character, it does surpass it in technique, and by making us feel that we are a wild place, where few people have had the opportunity to arrive.

My name is José and I'm here to guide you on your next Canyoning Adventure! Write me a message through WhastApp. 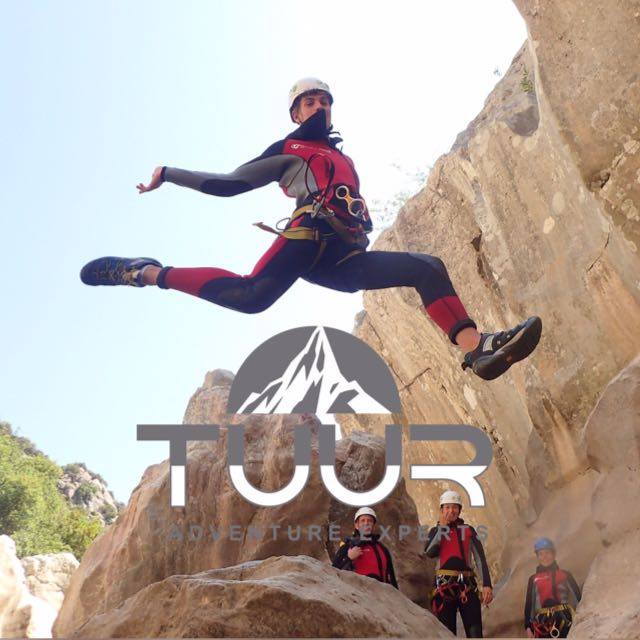 × Hi! Write us on WhatsApp